Based in Seattle, MOD’s individual artisan-style pizzas are made on demand, using organic fresh-pressed dough and signature sauces. Customers can create their own pizzas and salads, using any combination of more than 30 featured toppings, or they can choose from a menu of MOD classics. Each pizza is hand-cooked in an 800 degree oven in less than 3 minutes and salads are hand-tossed in front of the customer. MOD also serves local draft beers, wine, handspun milkshakes, and house-made lemonades and iced teas. Above all, MOD believes in putting people first—both employees and customers—and is striving to redefine the fast food experience.

With the first location slated to open in spring 2015, TSFR has leased a 2,600-square-foot space at Northville Park Place, a 65,000-square-foot scenic restaurant, retail and mixed-use development located at the corner of 7 Mile and Haggerty in Northville, Mich. The Schostak family real-estate company, Schostak Brothers and REI jointly own Northville Park Place. The second lease, also a 2,600-square-foot space, is located on Middlebelt road just south of the I-96 Jeffries Freeway in front of the new Menards in Livonia, Mich. The Schostak family real-estate company, Schostak Brothers, also owns the Livonia property. Schostak Brothers, is a full-service real estate development, acquisition, management, and leasing company with commercial properties in 24 states, and plans to use its own real-estate portfolio, its real-estate expertise and contacts to aggressively expand MOD in Michigan.

“TEAM Schostak Family Restaurants is committed to identifying new and innovative brand opportunities as we continue to lead the way in the restaurant industry,” said Schostak. “Our executive leadership team identified MOD Pizza as the right strategic opportunity to continue to grow our brand portfolio. As a company that is focused on team, culture and performance, TSFR decided that MOD was a brand that aligned with our own culture. We are now ready to leverage our collective teams to move quickly and decisively to ensure that MOD captures the leadership position as the top fast-casual pizza concept in Michigan.”

As a family-owned company, TSFR will continue its tradition of multi-generational restaurant expertise with fourth-generation family member Jacob “Jake” Schostak joining the family restaurant business. With five years of experience in the restaurant industry growing casual and fast-casual concepts, Jake Schostak will be assisting with the initial openings and ongoing management of the TSFR Michigan MOD Pizza locations. Prior to joining TSFR, Jake Schostak played an integral role in the growth and development of the organic salad chain, Sweetgreen, as well as Chipotle’s Southeast Asian concept, Shophouse Kitchen, and Lettuce Entertain You’s Wow Bao. 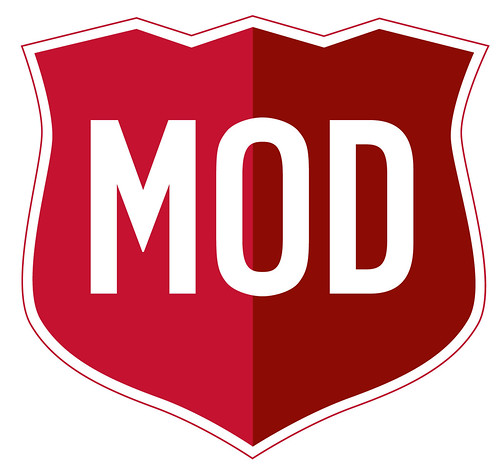 Seattle based MOD Pizza was founded in 2008 by Scott and Ally Svenson, and was inspired by the couple’s love of Italian street-style pizza, their desire for authentic, affordable and fast dining options for their busy family and the idea that a great company could be built around people.

MOD is committed to creating not just a cool place to eat, but an inspired place to work. The company has been recognized as one of the “Top 50 Breakout Brands” by Nation’s Restaurant News, named one of the “Fastest Growing Private Companies in America” by Inc. Magazine, ranked as a “Fastest Growing Private Company” (2013 and 2014) by the Puget Sound Business Journal and named one of “Washington’s Best Work Places” by the Puget Sound Business Journal (2013 and 2014). www.modpizza.com The MOD Difference Video.