LATHRUP VILLAGE, Mich. – November 10, 2014 –Michigan First Credit Union, a Lathrup Village-based member-owned financial institution, held the grand opening today for its new concept financial store in Eastpointe, Mich. Unlike a traditional financial institution branch, the financial store has a unique, welcoming design and utilizes tablet technology to allow team members to greet credit union members when they enter and work immediately and directly with them. President and CEO Michael Poulos made the announcement.

“The financial industry is changing rapidly when it comes to customer expectations. That’s why we didn’t want to build just another branch, instead we created a new, technology-rich service concept to make members’ experiences faster and easier,” says Poulos. “This branch reimagines many basic banking functions by giving team members tablets and not having them work at traditional desks. It makes coming to a branch less formal and more comfortable for our members.”

The new facility increases parking significantly and adds four additional drive-up lanes for a total of six. It also includes two new MoneyWorks Banking Centers—powerful ATMs that handle a wide variety of transactions and dispense cash down to the dollar. The in-branch digital art features a variety of natural and urban Michigan photography.

The new financial store opens next door to the former Gratiot Branch location, which the credit union is in the process of tearing down and turning into a park for the Eastpointe community. The credit union opened the original branch at the location in 2004, but quickly outgrew the space.

Founded in 1926 by a small group of Detroit teachers, Lathrup Village-­based Michigan First Credit Union (MichiganFirst.com) has grown into a nearly $700 million financial institution serving more than 95,000 individuals and local businesses across the State of Michigan. An industry leader in many facets of its operation, the credit union provides 24-hour customer service through its “365 Live” call center and is a statewide mortgage provider through Michigan First Mortgage. Michigan First is also a significant supporter of financial education (including its Young & Free Michigan program) and charitable organizations in the communities it serves. For the latest updates, follow Michigan First on Twitter at www.Twitter.com/MichiganFirstCU or “Like” Michigan First on Facebook www.Facebook.com/MichiganFirstCreditUnion. 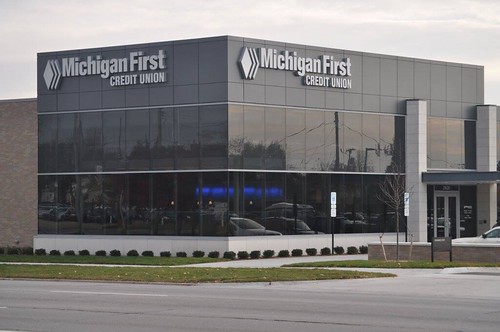 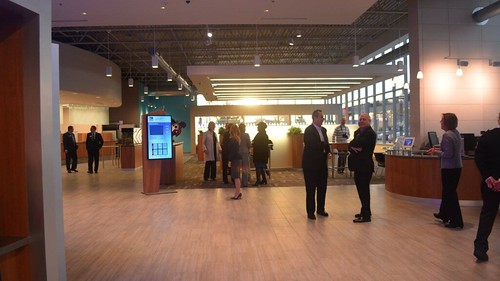