Each year, the Lincoln Near Earth Asteroid Research, an MIT Lincoln Laboratory program, honors a select group of outstanding students and teachers with a minor planet named after them through their Ceres Connection program, which is a community outreach initiative to promote science education in fifth through 12th grades. Fewer than 15,000 people have received this honor, where honorees are judged by a 15-person committee, which includes professional astronomers from around the world.

In last year’s Intel Science and Engineering Fair Awards, Shao received a Best of Category for animal science and a first place award for his project, titled “Toward Understanding the Neural Circuitry Regulating Cold Sensitivity in C. elegans.” Shao’s project, which analyzed a worm’s simple nervous system, was selected from those of 1,600 young scientists competing in the program from more than 70 countries, making him one of the top student scientists in the world.

“We are very proud of Michael and this accomplishment. His natural enthusiasm for learning that has led to multiple academic successes including this exciting honor,” said Shilling. 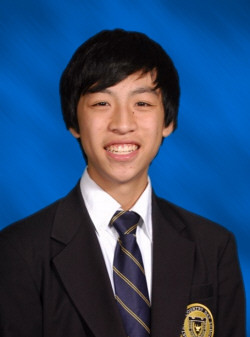